how to choose the right dating app

Gone are the days when pharmacists are chained to the bench

Is this the biggest cut in the history of Pharmacy? A 6% cut and it is announced during Christmas. When every Pharmacy is busy and focused on the cold winter ahead and unable to react. Sue Sharpe described the news as “profoundly damaging move”. Now a bit of economics, the Pharmacy market is an oligopoly governed by a few market leaders, who react to each other. They won’t state it clearly but this is norm in such a market. What does this mean? Well you know when one Pharmacy chain makes a cut, and then the other Pharmacy chain makes a cut. Something I call the ‘domino-effect’. Well, basically that’s an oligopoly market for you, the market leaders follow each other’s signal. Therefore, I suggest we keep an eye on the next step made by Boots, wells, Tesco, and Superdrug.

The 6% cut in pharmacy means a decrease in the income for pharmacy business. Now, profits are generated from:

Therefore, the business has to accommodate for the 6% decrease in income, they can either achieve this by either reducing the cost of sales, which would include wages. Alternatively a business can increase the sales, this means the firm requires an increase output and an improved performance of the pharmacy – more targets. Gone are the days of Cat M, services are now key. We expect more drive towards services and greater targets.

The other change the government wants to push is ‘hub-and spoke’ and online prescription service. Indeed these services will affect the amount of staff required by a pharmacy. The service also raises issues regarding patient care, and whether patients will be able to ascertain suitable advice with this service. 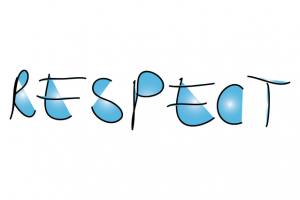 Respect for each other- see the bigger picture

I remember calling a pharmacist, of a store I will not name. I asked the pharmacist what the rate was, and I was told it was £19 phr. I exclaimed to the pharmacist, ‘oh wow, the rates has dropped’, the pharmacists stated to me that she didn’t care, the dropping rates doesn’t affect her as an employed pharmacists. Now, imagine the tables are turned (which often happens) this same pharmacist has to relocate or wants to do another degree. Will she not have to locum?

Furthermore, this decrease in funding of pharmacy is likely to affect locums, who often can be the first to feel the brunt of an industry change. But it is also very likely to affect all pharmacy staff. Pharmacy managers can expect higher targets as the business aims to adjust for the shortfall, pay rise? Well, we will have to wait and see. Pharmacy staff, they can also expect higher targets and again pay rise? Well, we will have to wait and see. I was recently told a story, and I hope I can share it. A dispenser went for a job interview, and she stated her rate of £15 phr, the manager exclaimed, “I don’t even pay my locums that much”. The current situation is likely to mean a depression in everybody’s wages including employed pharmacists. Salaries for new roles will be revised at a lower rate. Boots have already started ensuring that there pay is in alignment with industry rates, thus if industry rates drop we can expect salaries offered to drop.

A word to the wise, don’t spend all this time thinking about yourself, respect your peers. The industry is changing, faster than we imagined. And, we must all adapt to it and support each other. Now, more than ever Pharmacist must find unity.