The funding cuts the last nail in the coffin for community pharmacy? (guest blog)

Unless you have been living under a rock for the last four weeks you will be well aware of the looming funding cuts to pharmacy. ( http://www.chemistanddruggist.co.uk/news/breaking-news-government-announces-6-pharmacy-funding-cuts ). The cuts were announced out of the blue; so much so that the PSNC that is supposed to be kept informed were caught flat footed with PSNC chief executive Sue Sharpe describing the cuts as “profoundly damaging”. Whilst pharmacist were still reeling from the impacts of these cuts the Department of Health announced that they will be phasing out establishment fees.( http://www.chemistanddruggist.co.uk/news/government-axe-establishment-payments). So with these two cuts announced every pharmacy across the country stands to lose about £40,000.

So why the cuts? Why now? 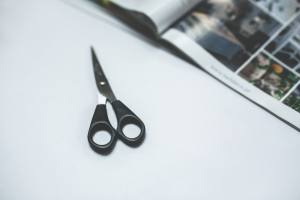 In my opinion, the cuts were announced during the busiest time of the pharmacy year to hopefully catch us unaware so we wouldn’t mount a significant challenge. I believe the aim of the government is to ensure every pharmacy is profitable in their own right rather than being kept afloat by establishment fees. The DOH has admitted that they expect up to 3000 pharmacies to close as a result of the funding cuts. However, it would appear that if the 6% cuts don’t get you they are hoping the phasing out of establishment fees will. For the network that survives, that could potentially mean an increase in items as they take on the customers of the closed stores. The network is being shrunk to combat the explosion of 100 hour pharmacies with a lot of these being financially unviable but being used by some larger chains as loss leaders to keep customers in store to buy other things. However sadly the cuts will affect the independent owner who doesn’t have head office staff to trim or money to invest in hub and spoke.

What can be done?

Well at present there are on ongoing negotiations regarding the cuts with representatives from larger stake holders including some of the multiples present. So it will be interesting to see if a withdrawal of many of our free but non-essential services is discussed. I personally believe as a sector we have always gone the extra mile for patients from delivering urgent faxed prescriptions, dosette boxes, blood pressure checks and cholesterol checks. However as a sector it is very hard for us to argue that we are strapped for cash, when we are offering a free delivery service that even Amazon no longer offer for orders under a certain amount. One avenue is a reduction in some of our services such as restricting deliveries to over 60’s and housebound patients rather than delivering to everyone who request it. However for this to be effective the big three (Boots, Lloyds and Well) who represent about 40-50% of the market would have to be on board. But they will be concerned about losing market share and an independent who does so alone, risks losing patients to a larger multiple who is able to deliver.

Another avenue to compensate for the loss of income as a contractor is to ensure the maximum amount of Medicine Use Reviews (MURS) are conducted giving £11,200 in profit as there is a significant minority who don’t do this. On top of this to take full advantage of the NHS Flu service when it comes around next year and protect as much patients as possible. Contractors should explore are there any other services commissioned locally that they could offer?

There have been murmurs of a potential strike similar to those of the Junior Doctors however this would be difficult to organise. The main reason being that the cuts are being done by the government and not the employers; they simply have to respond to the cuts being made by the government. They don’t want the cuts any less than any independent owner. Another major problem with any strike would be the impact on patients because unlike with the junior doctor situation not opening doors could mean the difference between someone having an asthma attack and being unable to get an inhaler as opposed to a routine non-life threatening operation. Besides I don’t see multiples closing doors and having customers banging on the door trying to get access to vital medication. As for independents; can they afford to? However a protest march in London however…..

However, there are other actions that can be taken to try to draw attention to the impact of these cuts 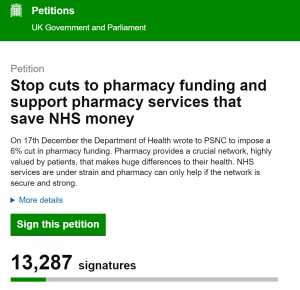 A petition has been set up that has gained over 10,000 signatures which has had a government response but if we can get to 100,000 and get it debated in parliament it would expose a more wide range of views.

Write to your local MP

The Chemist and Druggist have published a letter that Pharmacists can send to their local MP’s to highlight the impact of the cuts.

I believe it will be in all our interest not to go out without a fight. 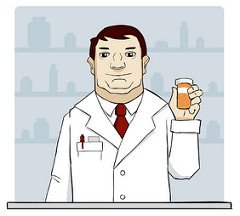