A visit to the pharmacy show, 2018 at the N.E.C led to a rather interesting discovery – a significant number of stands focused on cannabis derivatives. This was important as the ‘Pharmacy Show’ often detailed materials relevant to the profession. I thus decided to carry out further research to aid in helping me prepare for this trend. The recent announcement by the government to make medicinal cannabis available in the UK further prompted this.

A good starting point was a TV documentary by the BBC, this documentary helped me to appreciate the history of cannabis and the anecdotal benefits of cannabis. (memory, schizophrenia, epilepsy) The documentary helped me appreciate that there are a significant number of molecules in cannabis but only one molecule (THC) is responsible for the mind-altering effect of cannabis. Cannabis also contains numerous molecules which are viewed as holding medicinal benefits, these are known as Cannabidiol (CBD) and Cannabinol (CBN). The overarching term for molecules in cannabis are cannabinoids.

I also realised that  the reason why we as humans gain an effect from Cannabinoids is because the body has receptors for these molecules, as part of the human endocannabinoid system (ECS), two known receptors, CBD1 (present in the brain) and CBD 2 (Immune system) are of particular focus.

Following on from the documentary, I decided to carry out research on the EMC website, to see whether any licensed medicines in the UK derived from cannabis, and to my surprise there was – Sativex Oromucosal Spray.

Sativex Oromucosal Spray, was a product licensed by GW Pharma. The product contained the following particulars:

I decided to delve further to understand this product and found the indications were as follows:

Sativex is indicated as treatment for symptom improvement in adult patients with moderate to severe spasticity due to multiple sclerosis (MS) who have not responded adequately to other anti-spasticity medication and who demonstrate clinically significant improvement in spasticity related symptoms during an initial trial of therapy.

This was an intriguing indication as it places several restrictions on the use of the product:

1.The patient must have tried other anti-spasticity medication and be deemed response deemed inadequate.

I wondered, whether the inclusion of THC the mind-altering molecule is the rationale for the restrictions around the medicine., the SPC states ‘several THC metabolites may be psychoactive’

But, is there any clinical evidence to support this indication? Again, the product license provides evidence for this via several clinical trials. Below is an extract which shows results over the 12-week randomised phase are shown below for the secondary endpoints. I recommend you read the full paper, but the general gist is a reduction in symptoms (i.e spascity) compared to the placebo group.

NB:  NRS scale  0 to 10 point Numeric Rating Scale (NRS) allows patients to indicate the average level of their spasticity related symptoms over the last 24 hours where 0 is no spasticity and 10 is the worst possible spasticity.

The benefit of continued treatment in the long-term was studied in a placebo controlled, parallel group, randomised withdrawal trial in subjects taking long-term Sativex. Thirty six patients with a mean duration of Sativex use prior to the trial of 3.6 years were randomised to either continue with Sativex treatment or switch to placebo for 28 days. The primary endpoint was time to treatment failure, defined as the time from the first day of randomised treatment to a 20% increase in NRS or premature withdrawal from randomised treatment. Treatment failure was experienced by 44% of Sativex patients, and 94% of placebo patients, hazard ratio 0.335 (95% CI 0.16, 0.69).

The study above showed an impressive treatment failure of 94% of placebo patients compared to 44% of Sativex patients – this demonstrates that stopping Sativex increases the chance of NRS increase and thus reduces symptomatic relief, this is further demonstrated by the low hazard ratio of 0.335 for the treatment group, which shows that patients are better off taking Sativex compared to placebo.

Some learning points around the nature of Sativex

Nonetheless, there is a lot to learn when managing patients with this medication. For example, there is a high degree of variability in pharmacokinetic parameters between patients – particularly regarding absorption which varies under several conditions, fasting, fed, and multiple dosing. The medication can also persist in the body for several weeks due to its lipophilic nature it is stored in the fatty issues in the body thus acting as a reservoir releasing the drug at sub-therapeutic level (this explains it’s biphasic elimination). However, the storage of medication due to the reservoir poses considerations regarding drug interactions – how long should a patient wait before taking certain medicines? Furthermore, Sativex is a reversible inhibitor of several CYP enzymes as such care should be taken when administering alongside other inhibitors, as it could lead to reduction in metabolism of Sativex and thus increase the amount in the blood. Furthermore, Sativex may reduce the effectiveness of hormonal contraceptives – thus it is important to consider if your patients are aware of this prior to handing a medication out.

Addiction?? Well, I thought you would never ask. In a study designed to identify its abuse potential, Sativex at a dose of 4 sprays taken at one time did not differ significantly from placebo. Higher doses of Sativex of 8 to 16 sprays taken at one time did show abuse potential comparable to equivalent doses of dronabinol, a synthetic THC. In a QTc study a dose of Sativex 4 sprays over 20 minutes twice daily was well-tolerated, but a substantially supratherapeutic dose of 18 sprays over 20 minutes twice daily resulted in significant psychoactivity and cognitive impairment.

Based on the above, it does appear that higher doses of the medication showed potential for abuse, whilst the doctor will also be supervising the patient it is worth checking the usage history of the medicstion with your patient to ensure the medication is not been abused. 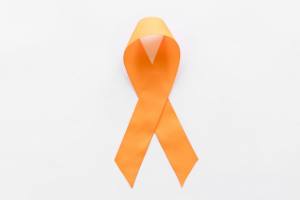 Government announces that medicinal cannabis is legal available at https://www.gov.uk/government/news/government-announces-that-medicinal-cannabis-is-legal

None of the content here may be reproduced without the written permission of Pharmacistweb. The rights to the content sit with Pharmacistweb. In any medical field, information is updated over time. Procedures and practices, therefore, will inevitably change too. Whilst, authors and reviewers endeavour to ensure information within these blogs is both up to date at the time of publication and accurate. It is always the responsibility of the healthcare professional to make an informed professional decisions. The information should also be used in the context of local guidance. Pharmacistweb can take no responsibility for any prescribing errors that may happen. Where clinical decisions need to be made, readers are advised to consult the BNF ,the summary of product characteristics or other relevant materials.